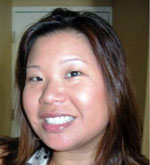 Okay, I’m really excited. My company’s enterprise social network (ESN) just welcomed its 20,000th member. What a journey it’s been! When I joined Tyco in November 2010, there were less than 700 members on the platform. At that time, we were on a “freemium” pilot, with no executive sponsorship nor much community engagement. I immediately put my community manager hat on tight and started welcoming members, connecting colleagues and asking/answering questions.

Between November 2010 and April 2011 membership rose organically to 1,600. In May, we signed a contract with the ESN and officially launched the tool in early June. Three days post-launch, the network leaped by 3,000 members!

Rollout activities included a online jam session with our president and a global leader webcast led by the president and my manager, the head of communications. We also produced educational materials in 10+ languages to accommodate our employees.

As my network’s first and current CM, I’ve learned firsthand great ways to continue driving my ESN’s growth, engagement, and value. Here’s a few tips I hope you’ll find useful as well, no matter what size your network is.

1. Know when to guide, when to police.

Managing an ESN is like serving as the bumpers in a bumper car ride. Posts are flying fast and furious, and sometimes the cars/members crash into each other. As a CM, you’ve got to determine what warrants a gentle, “hey that isn’t cool” versus a formal warning to take disciplinary action. Our ESN’s usage policy — or what we affectionately call our “Credo” — spells out what flies and what’s inappropriate. I’d also say, know when to let the community police themselves. The stronger our ESN gets, the quicker I see members coming to one’s defense or coaching one another.

There’s a great recent example. Someone posted that they felt the ESN was a “Facebook knockoff” and chided fellow employees for having too much time to write “this nonsense”. My fingers were itching to type a response and let this person know how wrong he was. I wanted to show him some great examples to try to change his mind. Just as I was about to fire off a manifesto, I paused and told myself, “let the community respond…don’t speak for everyone.” Within a few minutes, the responses started flying in. The best thing? The responses were mature, helpful and positive. I was so proud of our network. They met negativity head-on and took the higher road.

2. Set the table for others to eat.

Find opportunities to encourage inclusive collaboration…then get out of the way! A few months ago, I launched a wiki page on my ESN for company acronyms and abbreviations. I added a few and began promoting to my community. Lo and behold, they’re now a couple hundred entries in our homemade dictionary. I simply set up a foundation for my community to build upon.

As mentioned in this article, much of my network’s success can be attributed to our super users, a group of champions made up of employees from across our businesses. These thought leaders help me guide and demonstrate positive, productive behavior.

I have the coolest job at my company, hands down. Being my company’s ESN CM gives me direct access to employees around the world, including senior executives. My colleagues trust me to always give them the “real deal” and I do — this is especially paramount when I’m the one that’s made a mistake. Be straightforward about your oversights, avoid excuses, and keep it movin’!

Many members playfully rib me about being heavy handed with my likes. One person even began calling me “Queen of Like” — quite silly, but there’s a method to my madness. Given that nearly a third of all members follow me, I choose my likes wisely. I make sure to help give those a voice that may not have many followers yet, but are sharing useful content.

How do you expect your community to fully express themselves if they don’t see their CM doing it? Bring real opinions to conversations. Share articles that reveal different sides of your personality. Have fun!

The above tips are only six of MANY that I have, but they are the most important in my day-to-day CM role. What do you think? What’s missing? What’s not unclear? What’s just plain off target? I’d love to hear from you.