The War is Over and Digital Has Won. Over 50% Marketing Budgets Go To Digital in 2012.

If conversation, as embodied in social networks, is the seminal activity in marketing today, it makes intuitive sense that events—the most intense possible form of conversation—should be increasingly important to companies seeking the best ways to reach customers and prospects.

Now, there is research to indicate this is, in fact the case. 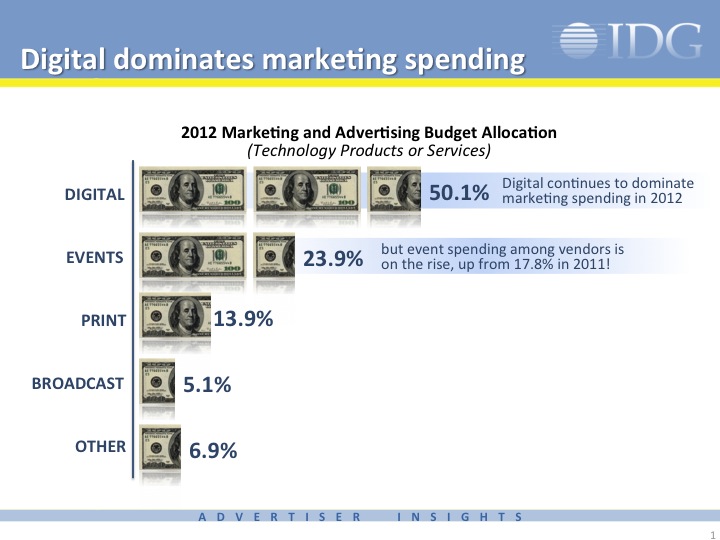 In 2012, organizations in technology will spend the majority of their marketing dollars in digital, with 70% of companies saying they plan to increase event spending as an element of that shift, according to a research report released last week by IDG. The research shows just over 50% of marketing budgets will go to digital in 2012, with 24% of budgets going to events, up from 17% in 2011. As the numbers show, digital and events totally dominate the planned spend among IDG respondents in 2012.

Social, the study finds, is becoming an increasingly important element of the digital mix.  95% of respondents have social programs today, compared with 65% for mobile. Their satisfaction with these programs—and their event programs—is high: 75% say they are meeting or exceeding expectations. This response, says IDG: “indicates that for many marketers, social has advanced beyond the experimental stage unlike mobile.” 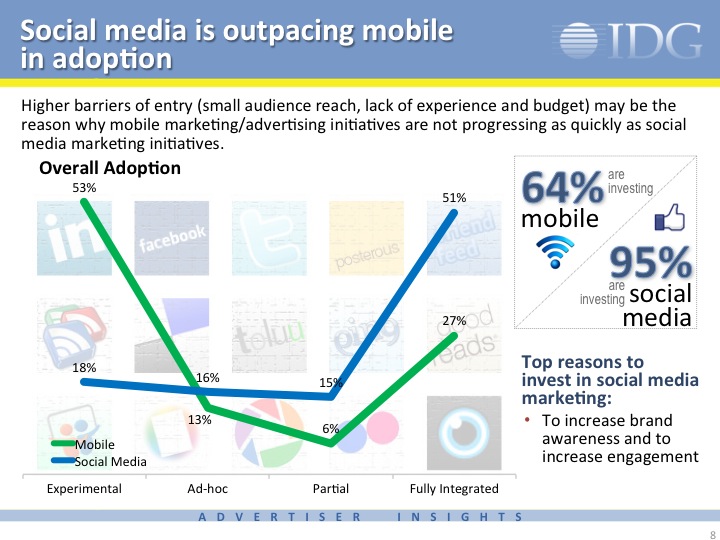 To us, this only makes sense. Driven by Social Consumers and the worldwide conversation they have engendered digital, with social at its core, as now the focus for marketing success. This goes for not only tech, the subject of the IDG study, but for all sectors. The efficiency, suppleness, targeting, analytical depth and feedback in digital/social completely overmatch those of traditional media. That war is over and digital has won.

With marketing now focused on the ongoing conversation, events step to the fore. Events now represent the natural peak experience that emerges from the online social conversation. When companies can target individual customers, prospects, problem children, potential employees or partners, interact with them in real time, study their responses and influence patterns, it becomes obvious that getting some of those groups together F2F can jack those interactions up a significant notch.

What one would expect to see in events, given these trends—and what we plan to do in our events—is an increase in the flow between big, public events like Pivot and smaller targeted semi-private events aimed at socially-derived sets of participants. It would also be natural that the bright line between the online conversation and F2F meetings will grow increasingly thin. Interactions will flow from the net to real world in a more natural way; events won’t end after a couple of days, they will simply sift character.

You can see all the results of the IDG study here.

Written by Mike Edelhart, President of The Tomorrow Project, LLC