As part of Pivot’s Food month initiative, we took a look at the country’s top 20 restaurant brands in Social Media. Subway, McDonalds and Taco Bell top the list but companies with smaller communities like Whataburger and Panera, are climbing the charts through deeper engagement. No single twitter style emerged, top brands tweet anywhere from 3 – 3000 tweets per week and the type of tweet varies by brand. Key findings:

Methodology: Using Unmetric’s social benchmarking platform we compared hundreds of brands to produce the following research. All data was pulled on 2/4/13 and is based on the previous 7-day period. Engagement Average is a proprietary Unmetric score that takes account of a brand’s growth, follower base, fan base, reply activity, and other factors pulled from social networking activity to produce a single weighted influence score. 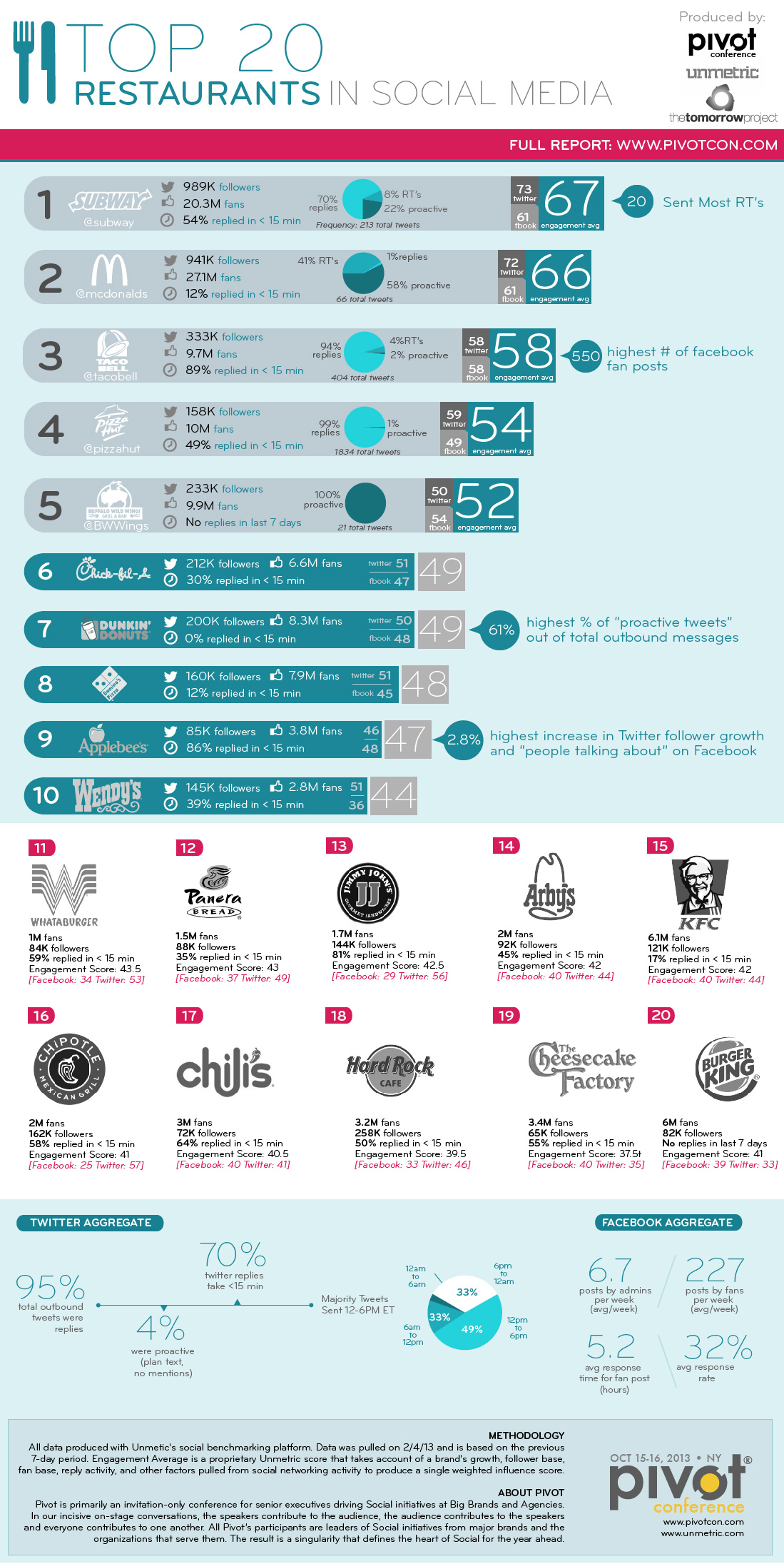