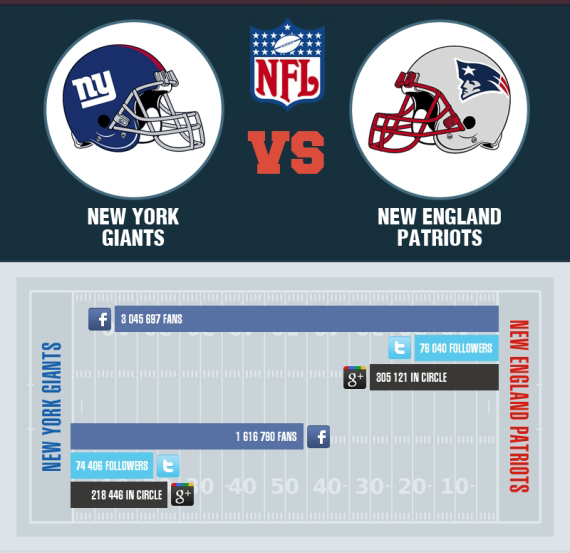 Sunday’s game will be a cutthroat match on the field and in social media.  Super Bowl contenders the New York Giants have 1.5 million fans on Facebook while the New England Patriots have close to three million. So how does the NFL plan to stay current for the 2012 game? With a social media command center, of course.

According to MSNBC, Super Bowl XLVI will employ a social media team in charge of monitoring and responding to fans before, during and following the game. Based in Indianapolis — home of this year’s Super Bowl — the center will filter social chatter and assist fans with such things as parking and directions to the stadium. 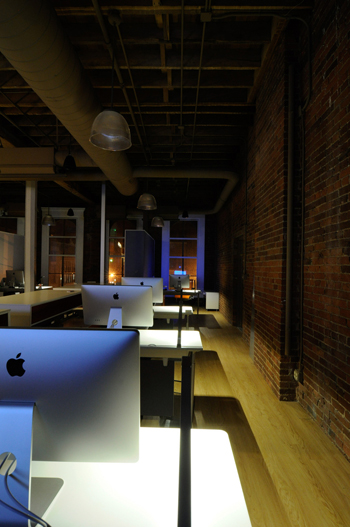 In 2011, we witnessed Audi implement the first Twitter hashtag #ProgressIs during a Super Bowl commercial. The explosive growth of social media has impacted the NFL like any brand, yet as a franchise rooted in traditional media, a unique set of complications have emerged.  Actions such as the social media command center and a NFL Social Media policy have been enacted to control and comprehend the overlap between new media and the NFL.

Following a slew of incidents involving Twitter in 2009, the NFL implemented an official social media policy. Amongst the controversy was a Tweet from cornerback Antonio Cromartie criticizing training camp food service and a plot by wide receiver Chad Ochocinco to send out a message to fans immediately following a touchdown pass.

The NFL’s current Social media policy allows for players and members of the league to use Social networks, but not for the 90-minutes leading up to a game and not until post-game media interviews have been conducted. Not only that, messages cannot be sent out on a player’s behalf (by a friend, manager, or otherwise) during a game. While many fans would covet a picture Tweeted from the sidelines or an update from a player following an injury on the field, according to the policy, it just isn’t going to happen.

The policy has been met with criticism by players and fans alike. 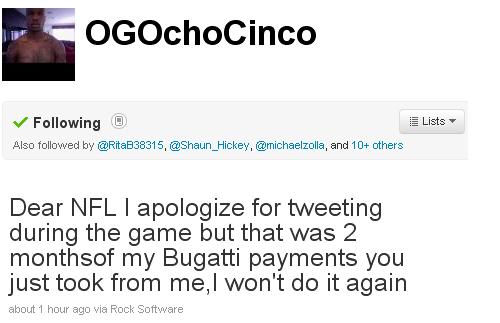 While citizen reporters may not find their way into the post-game press conference, Twitter and other popular social networks are an outlet for keeping fans updated on the score as well as capturing pivotal game plays from multiple perspectives.

Because of lucrative local advertising deals with television network affiliates, football games usually only air in their local TV markets. Ergo, if you are part of the 49ers Faithful living in Minnesota, you will most likely only be able to catch the ‘Niners on TV if they’re playing the Packers or Vikings or another in-market team. Another alternative would be to invest in the NFL Sunday Ticket package available on DirectTV for nearly $60 a month, granting you access to every “out-of-market” game, a deal that protects those lucrative local deals mentioned above. Mashable’s Adam Ostrow suspects that the primary purposeoftheNFL’ssocialmediapolicy is to protect exclusive content and lucrative relationships with media partners.

Though not surprising, the NFL’s approach to emerging media is one of caution.  Its unclear how the new rules of engagement will transform the age-old traditional NFL, but one thing’s for sure: the fans will tweet.

How do you think the NFL could better implement social media? Do you agree with their social media policy?