Volkswagen’s 2011 Darth Vader commercial was the breakout star of the 2011 Super Bowl. With over 51 million views on YouTube, VW cemented this plug as arguably one of the most popular Super Bowl ads in history. So what was it that set Volkswagen apart from its competitors, and what is the secret recipe for viral ad success?

Know Where Your Customers Are

Let’s be real—it’s 2012 and the majority of Americans have Internet access and profiles on Facebook and Twitter. The Altimeter Group analyzed commercials from Super Bowl XLVI and found that one-third of game day ads made no mention of an online presence—be it a website, Facebook fan page, Twitter hashtag, etc. Even worse, 43% of ads didn’t even mention the brand’s website. 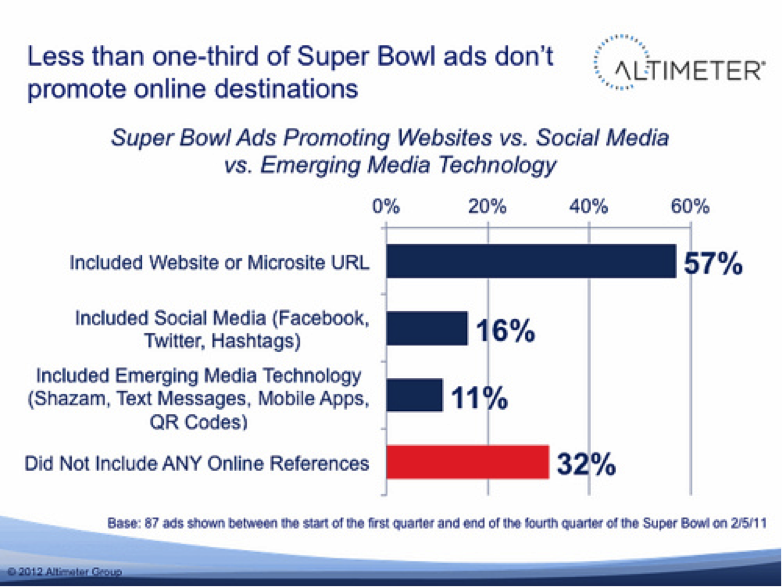 While the 2011 Darth Vader ad did not mention a social media presence, it was sure to include the URL VW.com at the end of the spot. This acted as a call to action, promoting viewers to visit the Volkswagen website.

Don’t Stop at the Call to Action

During Super Bowl XLVI, Bud Light aired a commercial featuring the loveable rescue dog, Weego. The commercial closed with a URL to the brand’s fan page. Once viewers made it to the Bud Light fan page, they were greeted with the true story of Weego, a rescued stray pup who shot to Super Bowl commercial stardom. The story ended with a request to support rescue animals, successfully exemplifying Bud Light’s level of corporate social responsibility while tearing at the heartstrings of future fans. Not only that, the YouTube video for the Weego commercial also included a link to the fan page within the video’s description. 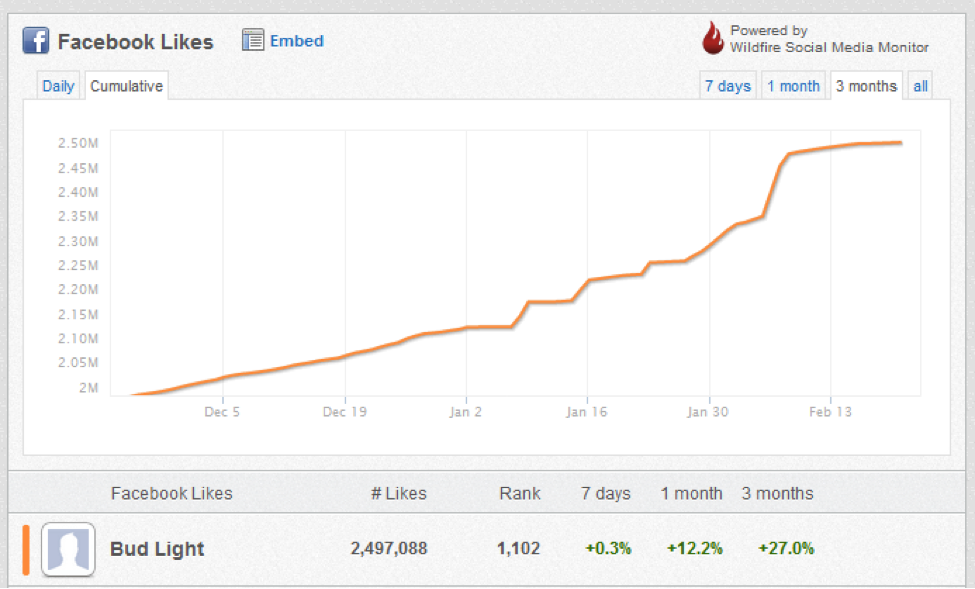 Within days following the airing of the ad, Bud Light’s fan page grew by over 100,000 new followers. For brands that are sensitive to the importance of a social media presence, a call to action similar to the one in Bud Light’s commercial is imperative to making the most of a multi-million dollar Super Bowl ad spot. Following that call to action up with an incentive to convert a visitor into a fan is the next step to social media success.

The Super Bowl is a make it or break it moment for national advertisers. A poorly executed ad can require serious damage control—both online and off. During Super Bowl XLVI, GoDaddy.com aired a commercial that blatantly exploited the sexuality of women to promote traffic back to their website. While the commercial included multiples calls to action to solicit website visits, the overall internet community did not take kindly to the commercial.

Creating an ad that viewers enjoy is just as important to online success as it is to alert viewers of a brand’s online presence. Acura was responsible for creating another popular ad for Super Bowl XLVI that featured both Jerry Seinfeld and Jay Leno. The commercial demonstrated an appealing mix of humor and celebrity appeal—without any mention of the brand’s online presence. Despite this fact, the Acura NSX commercial still garnered almost 18 million views on YouTube.

To create a commercial that is successful on social media, you have to get all facets of the campaign right. So in a nutshell, here is your recipe for commercial social media success:

What brand is to credit for your favorite commercial from Super Bowl XLVI? Do you follow that brand on social media?

Deidre Drewes is the Interactive Culture Cultivator at DragonSearch, an online marketing agency based in New York City. A journalist by degree and a marketer by mindset, Deidre spends her days following the latest trends in social media. You can find her on Twitter as @DeidreDoom.