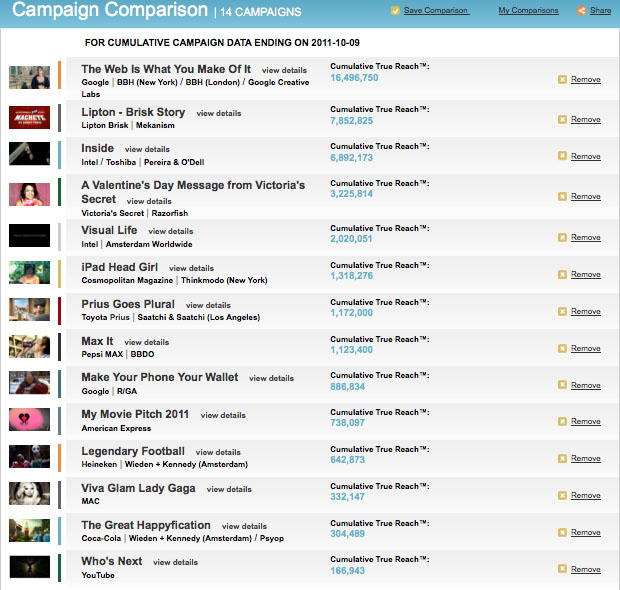 In an effort to curate content at the forefront of social commerce for Pivot 2011, we partnered with Visible Measures to analyze a shortlist of brands we were interested in as speakers.

Through their platform we captured deep analytics on social video campaigns for over a dozen brands and agencies including Google, Mekanism, Pereira & O’Dell, Intel, and Razorfish. The study focused on campaigns generated on the web, and that initiated between October 2010 and October 2011. What we discovered was fascinating.

While these findings were impressive for our purposes, we barely skimmed the surface of Visible Measure’s full potential. What piqued our interest was the true power of the platform in tracking total distribution from the original copies and every copy and derivative as well.