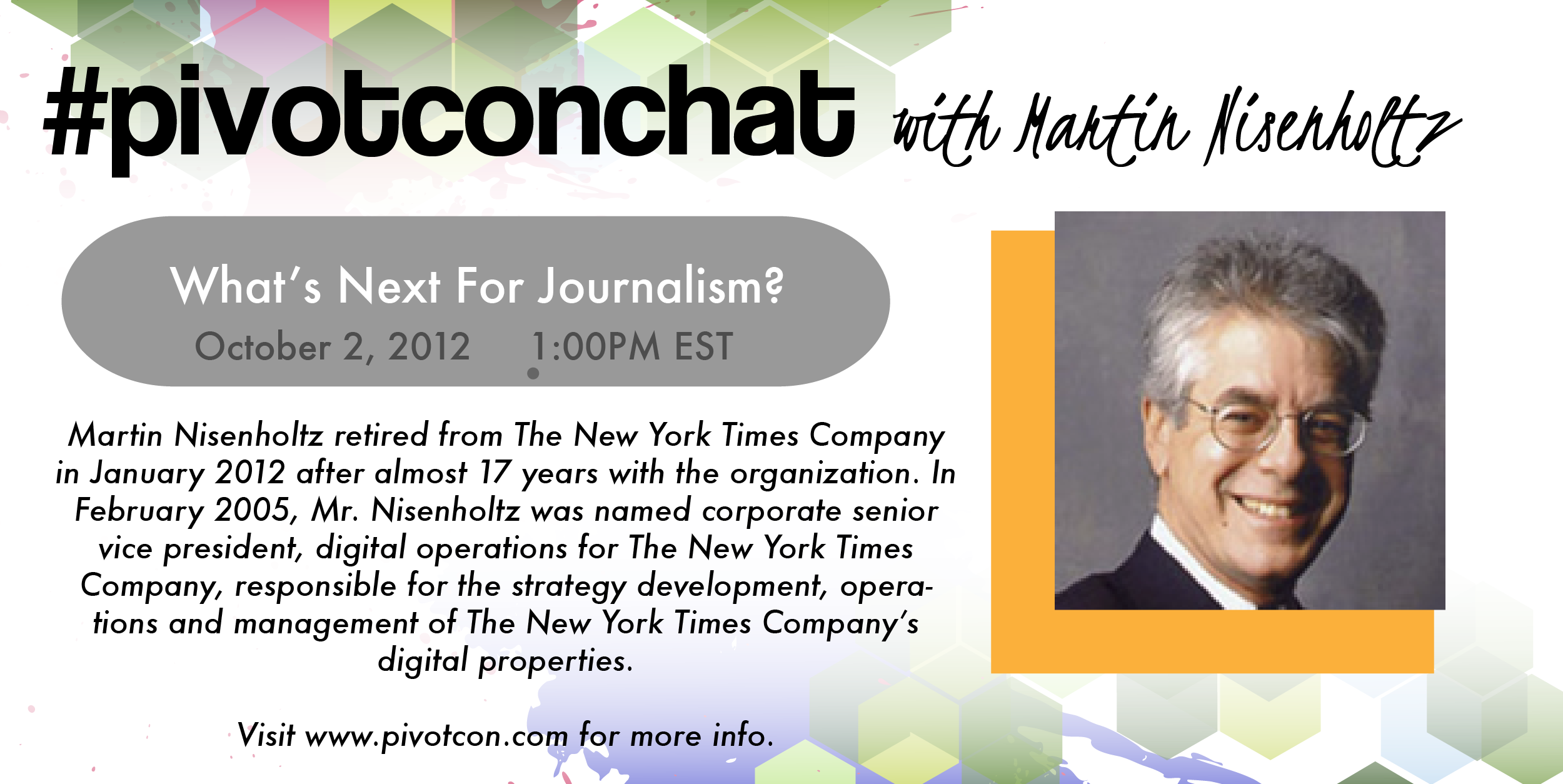 Here at Pivot we have major respect for The New York Times and their former SVP of Digital, Martin Nisenholtz. We’ve interviewed him, he’ll narrate conference takeaways throughout the first day of Pivot, and now we’re welcoming him as October’s guest host for #pivotconchat.

Join our monthly chat next Tuesday, October 2, 1pm ET, by synching your Twitter account at our chat hub or saving #pivotconchat as a stream on HootSuite or TwitterDeck.

Topic: What’s next for Journalism?

Ever increasing numbers of people are turning to digital media formats for news and information. What comes next for journalism, and how are existing and new players adapting? What does it mean to your business? Martin Nisenholtz former Senior Vice President of The New York Times, will guest host October’s #pivotconchat and discuss the following:

If you have any comments or would like to suggest a speaker for a future chat, reach out to @pivotcon or email [email protected]pivotcon.com.