With the (quite exciting) end of Pivot and the initiation of Social Week events here in NY last night, I only caught fitful glimpses of the Presidential debate.

But, because of a fascinating new tool created by one of our partners, Netbase, I was able to, literally, watch public sentiment about the two candidates shift as the debate occurred and after. The NetBase 2012 Election Mood Meter doesn’t just track Twitter traffic; lots of tools do that. Rather, it digs deep into the actual sentiment of each tweet to determine – realtime – how tweeters are feeling about the candidates at that moment.

When I got back from my Pivot chores last night, the meter couldn’t have shown a more even assessment of the candidates immediately following the debate. 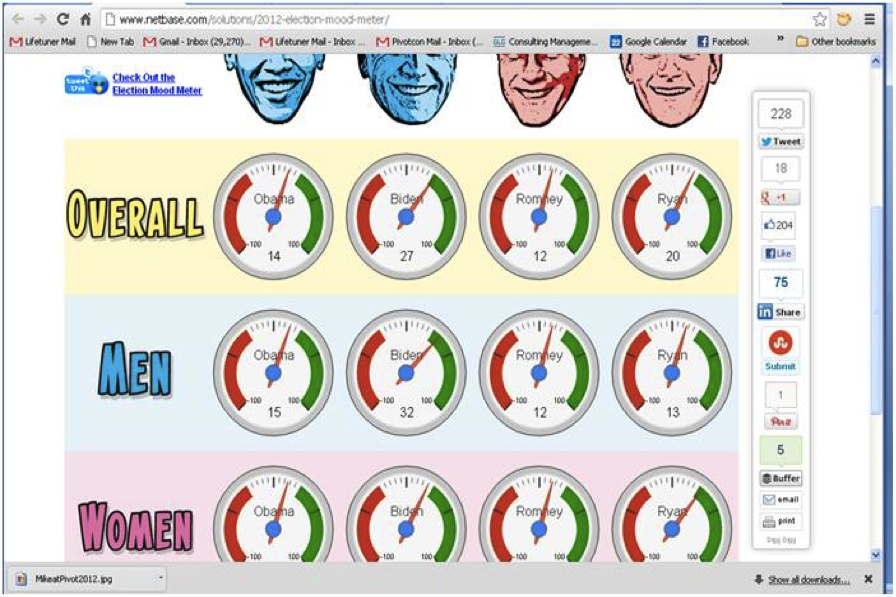 Tweeters, both men and women, were exactly as positive toward both Governor Romney and President Obama.

But, by this morning, the picture had changed noticeably. Positive sentiment toward the President seemed to be holding more strongly than Romney’s. Not a lot, but a telling difference that appeared driven mostly by male sentiment. 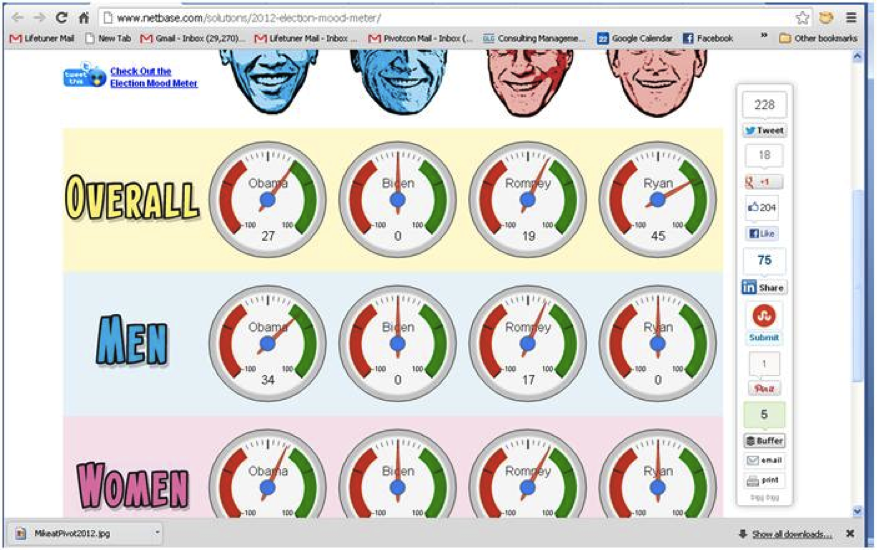 It is fascinating stuff! And seems to echo what more traditional polls were saying this morning.

Try is yourself now. And use the Mood Meter to give extra dimensionality to your viewing of the final Presidential debate next week.