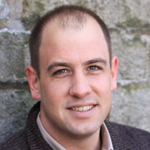 As part of SHIFT’s work for the Pivot Conference, I’ve been given the opportunity to speak with several industry luminaries. (You can file this under, “yet another reason why I love my job.”)

First up, I spoke with Frank Eliason, who made his bones as a VIP while leading the social media charge at Comcast. Now he’s back in the banking field, serving as SVP of Social Media at Citibank. The edited excerpts from our far-ranging and fun conversation focus on the failures of “social customer service.” Given that Frank is widely credited with pioneering that very space, you can imagine my ears perked up as he made his case:

Positive change can certainly happen where Social Media is able to take root in a corporate organization, but it requires a number of things. It requires high level support within an organization, and the organization has to be looking at things broadly – whereas they tend not to.

Look at companies going into social media. What do they tend to do? They tend to go in from one of three perspectives. They either go in from a marketing perspective, a communications perspective, or a customer service perspective. Sometimes each of those units do it, but separately. But social media is changing more aspects than just those small business units, it’s changing how we interact with people; there’s a power shift. It’s not really about the influencers, it’s more about the masses. Now your employees and your customers control your brand image, not something you put on TV!

My view is that social media customer service is a complete failure due to a number of factors. For example you have companies out there that are focusing on people with the high Klout score. I don’t think that works so well. Look at that concept through the lens of some of the famous instances over the years. I worked for a cable company and at one point there was a video of a technician sleeping. The person who put that video up had posted two videos, ever. Let’s face it, it was just good content. It was just something we enjoyed watching — so we watched it over and over again. I am not a fan of influencer-based marketing, or providing priority service based on someone’s Klout score.

I hear this all the time: “we want to be where our customers are and our customers want social service.” I say consumers don’t want social service, they just want it right the first time, and if it’s not right they’re looking form someone to fix the experience. What’s going on is these companies are doing social servicing because they think their customers want to be serviced that way but, they’re not taking this customer feedback and fixing what is wrong; they’re not using this feedback to bring about true change!

Think about this: everything we do sends a message to people. We need to remember that.

We focus on call centers and we look at things like “call handle time.” That sends a great message to your employees: “get the customer off the phone as fast as possible”; they’re measuring the speed at which the call center rep can end a call, not solve a problem. This sends a message to the customer because, guess what? – they can tell when they’re being rushed off the phone. And on the PR side, for example, what are they listening for? They’re listening for that next PR crisis. But listening is much broader than one little silo. It is taking this information and putting it in the hands of the product people, the sales people, the C-suite, etc. All people should have access to and understand this information because it can drive product and support changes, not just PR wins.

Ultimately I believe that as human beings we have a craving to be artistic, but over the years we took artistry out of our work; we made everything about process. We shouldn’t let social media become all about metrics and ROI. I’m Six Sigma trained; Six Sigma is all about process. But what did I find when I watched my peers use Six Sigma metrics? They would choose metrics that told the story they wanted to tell. Why? — because at some level they wanted to be artistic; they wanted to do these things. We have to find a way to bring artistry back into our work environment. After all, in this new social world, if you want your company to be successful you have to create an experience and have a story worth sharing. It is a story that starts with the people, and extends through the product, the sales and support.

Good stuff, right? For more, I highly recommend you immediately click this link to buy Frank’s new book, @Your Service. Then, register for the Pivot Conference! It’s gonna be a good time.