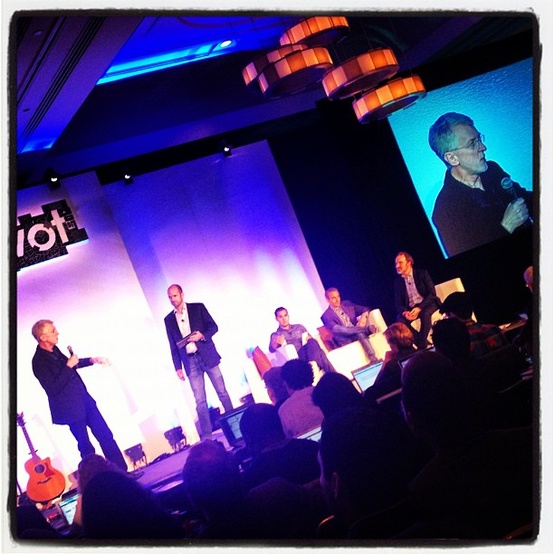 Content, storytelling, and community were themes that ran through many of the morning sessions during day two of Pivot.

Like many other men, Dubin had been frustrated at the cost of branded razors. Dollar Shave Club was simply the result of Dubin taking that frustration and creating a solution.

The power of social was pivotal to the successful launch and rapid growth of the company – a success, Dubin felt, that would not have been possible even 2 or 3 years ago. The foundation of that success, a YouTube video featuring Dubin that has gone on to be viewed over seven million times.

The Concept Farm’s Hank Wasiak, felt the Dollar Shave Club video had been so successful as it displayed a passion, conveyed a point of view, and told a story. With the video they also created a shareable asset that enabled people to talk about the product.

In talking further about the importance of content, Dubin reinforced the need to focus on storytelling, and to create content that was relevant, timely, added value, and was worth sharing. Also the importance of using content to build a sense of community around the brand.

Dubin also discussed the need to “engage deeply” with the community as it grew, possible thanks to the power of social. Also to give your audience more of that they want. When asked if that meant Dollar Shave Club would be creating another video to play off the viral success of the original, he had an interesting response. The answer was no, or at least not yet. While millions may have seen that video, millions more hadn’t seen it yet and he didn’t want to take away from that or from the purity of that original message.

More valuable lessons followed in sessions focused on the “New World of Advertising and Marketing,” and “Redefining the 360 View of Social.” 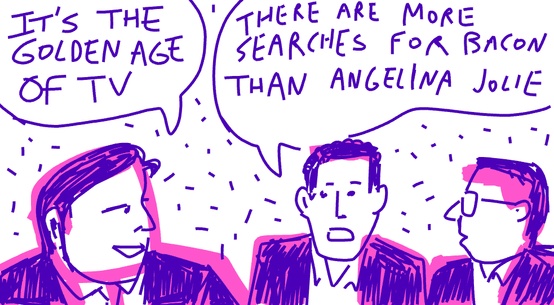 BBDO’s Simon Bond reminded attendees that something consistent, regardless of platform or technology, was the need to create the most compelling content. As the canvas changes you need to create that content in new and engaging ways to continue influencing consumer behavior. He also emphasized that this was not a discussion about digital marketing, but instead about marketing in a digital world – it’s about creating marketing that’s “always on” and is part of an ecosystem

R/GA’s Nick Law discussed the challenges of an industry that has a history of using media to communicate. Law explained that media is now three dimensional and explained that if our job is to use media to get consumers to buy something, then we have to do more than simply communicate. He described media as a “collection of moments” – moments are all very different, that all have different values, but that are all equally important. He also cautioned that media was “not all about entertaining people” and that we needed to recognize the nuances of media moments to deliver content that served many unique needs and purposes.

Discussion then moved on with valuable brand insights courtesy of Virgin Mobile’s Ron Faris. Faris described moving away from traditional marketing to a world of conversations, building a brand voice, establishing community, and making sure you have something intriguing to say.

Faris also described creating a newsroom type environment for sharing brand content, with traditional content at the center of the message and social being used to create noise around that content, fuel conversations, and to share the message. He went on to share valuable insights about audience and community, discussing how you thrive in a community where you empower your audience, and how you create deeper engagement by unlocking emotion.

When asked where media would be in 2 years, Faris also gave an interesting prediction as he talked about the end of CPM, to be replaced by “depth of engagement.” 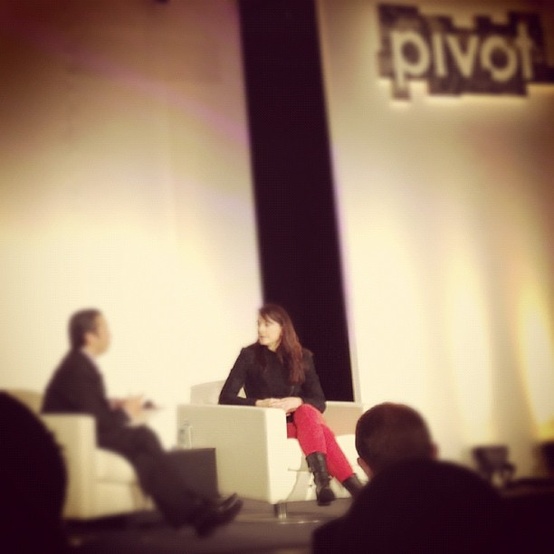 Stringer talked about the need to have a presence wherever the fans were discussing the brand. You can’t force the fans to come to your website, but you can be where they are and drive them back.

Dolan discussed how Sephora focus on the intersection of where digital crosses in to and enhances in-store experience, and how they rebuilt their digital platform to think about how customers are shopping today in a multi-faceted way and interacting online before, during and after they shop.

In discussing social and mobile, Dolan talked about wanting to take advantage of the fact that consumers have their phone in their hand all their time. Mobile provided a great opportunity to help make the shopping experience easier. And making the shopping experience easier is something critical to the brand. Dolan described user experience as “the new starting point” – it’s no longer about marketing campaigns and what you want people to see, but instead what they want them to experience.

With that focus, Sephora always try to put themselves in their customer’s shoes, and social provides them a great opportunity to do that. They use social to listen to customers and to ask them questions. More importantly, they don’t just listen, they take that feedback and infuse it in the customer experience.