Pivot 2013 Speakers: A Story in Installments #1

The Pivot Conference, hosted by Altimeter Group partner and author Brian Solis, is as close to a true community of powerful leaders of social and digital initiatives for major organizations as a physical gathering can be. In our incisive on-stage conversations, the speakers contribute to the audience, the audience contributes to the speakers and everyone contributes to one another. All Pivot’s participants are leaders of social and digital initiatives from major brands and the organizations that serve them. The result is a singularity that defines the heart of social business for the year ahead.

Join us in celebrating the unveiling of Pivot 2013’s remarkable speakers this week, and earn a big fat discount for yourself. Over the course of this week we’ll reveal twelve of this year’s Pivot speakers. Each unveiling will come with a unique discount code that is live for exactly 48 hours. As we share more speakers, the amount of the discount goes down. After checking out the four exciting speakers below we are sure you will be ready to register for Pivot.  Great! Simply click here between now and Tuesday at 11:59pm to receive a 20% discount off of the regular registration fee.

Pivot’s brand speakers lead Social/Digital initiatives at organizations on the forefront of change. Come to Pivot. Hear from and hang out with: 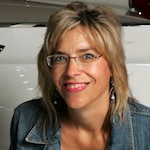 Rebecca Harris leads the enterprise-wide Social Media Center of Expertise at General Motors. Her role includes building GM’s social global footprint. Integration is the key to her success as she works across brands and around the world on social strategy, social tools, social processes, points-of-view on multiple social topics, and overall integration between brands, divisions and countries. 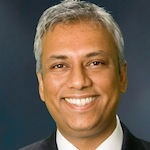 Manish Jha is the General Manager of Mobile at the National Football League. Previously, he was President and CEO of SkyWeaver. Manish has spent over 20 years in the media business, running startup companies such as SkyWeaver and Vantrix and creating new businesses for ESPN. 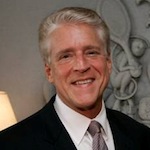 Rick Allen has run successful companies in nearly every form of media, and helped to develop or extend some of the country’s most prestigious brands. Rick is the CEO of SnagFilms, which he helped to found with Ted Leonsis. The company is the leading digital distributor of independent films, with thousands of titles offered via sponsor-supported free streaming on its own website and across a network of over 110,000 website and webpages, and via applications on iPad, Roku and Boxee. 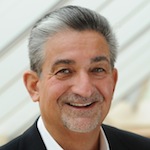 Ted Leonsis is the founder and chairman of Monumental Sports & Entertainment, which owns and operates three professional sports teams (Washington Capitals, Washington Wizards and Washington Mystics) and Verizon Center. He also serves on the board of governors for the NBA and NHL.