No, I won’t take your card – Let’s not waste each other’s time 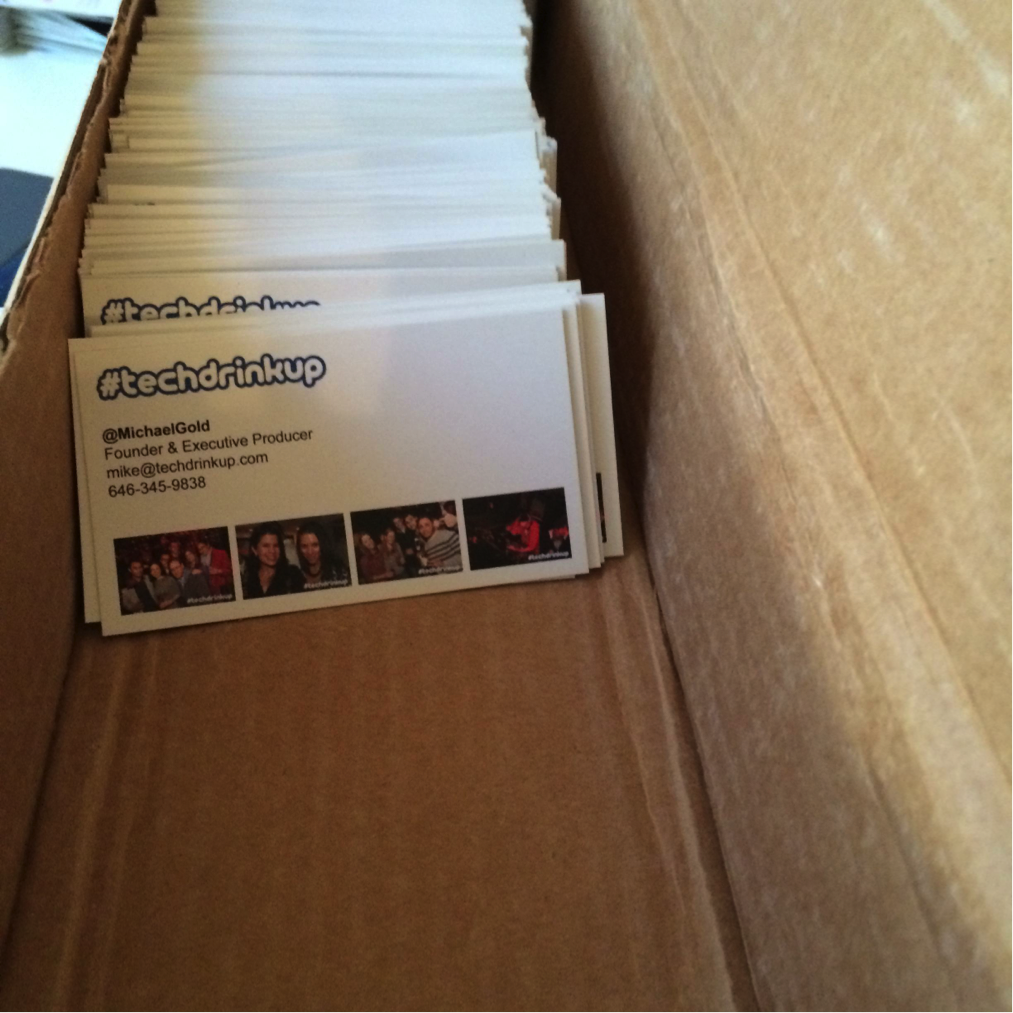 For the past year and a half, each time I travel to a conference, my luggage is a little bit lighter.  At every meetup and industry event I attend, my pockets are a little less bulky.  I’ve completely stopped carrying business cards.

My hypothesis – business cards are pointless in the digital world we live in.

Sure, a business card can let you know that I have awesome taste in typography, I had a bad-ass designer create my logo, and that I sprung for the heavy card stock – so I must be doing well.

But while we’re chatting, our phones are probably already in our hands.  You can check out my website on your phone.  I can look you up on Facebook and Linkedin to see who we know in common.  And we’ll probably have a better conversation than if we’re staring at each other’s cards.

Our phones also have our calendars and email accounts. So why not connect digitally and jump right to the final step of setting up a meeting?

If I take your card, then before I throw it away, I’ll need to scan it into my address book, remember what we talked about, decide if we need to follow up right away, and if so write you an email to set up conference calls or meetings.

I first got the idea for going cardless by accident.

In March 2012, I flew from New York to San Francisco to scout out night clubs suitable for hosting a 500 person #techdrinkup party and attend TL;DR, a small conference about the future of tech and the Internet of things.  I happened to meet some amazing Internet luminaries at TL;DR, but had run out of my Moo cards earlier during the trip.

I decided to just connect digitally with everyone.

I ended my, “Nice meeting you” conversations with a simple question: “Are you interested in coming out to my #techdrinkup parties in NYC and SF?  They’re invite only and you’ll be hanging out with other founders and tech CEOs.”  Most people said yes.  So I got their information and sent them a quick text saying, “I’m gonna add you to my email list for party #techdrinkup announcements.”

I decided to stay cardless when I got back to New York and it was surprisingly simple.

When I met someone new and had a reason to follow up with them I shot them a quick message right then and there saying, “Hey let’s connect about that thing.”

Otherwise, I made a connection on a social network to keep in touch.

I also make it really easy for people to get in touch with me.  My Google voice number is listed on my public LinkedIn page.  Anyone can text me there or leave me a voice message, which is automatically transcribed.  My twitter handle is my name (@michaelgold).  And that’s usually really easy to give to people who want to keep in touch.

I have run into some situations when my phone battery was completely dead and it was impossible to connect digitally.

This is a common occurrence during the SXSW conference, and happened to me last this past March.  I was there to produce a huge #techdrinkup party with Startup-bus and Uber and I ran into Brian Solis at the Saleforce rooftop lounge.  In typical SXSW fashion, you could add the battery power from everyone’s phone at that party together and still probably wouldn’t reach a full charge.

I had an extra invite to a cool private party going on later that night and wanted to shoot Brian the details.  With no other reasonable recourse, he asked me to write my cell number on a cocktail napkin.  I wasn’t able to get my cell charged in time and heard from friends who were checking on Twitter that Brian was hanging with Shaq that night.  My friends and I had a blast at our party,  but I feel like I was the one who I missed out on an epic night of hanging with Brian and Shaq.

Since then, I’ve used the cocktail napkin approach successfully when my battery is dead.  Although it’s similar to a business card, It allows me to write a follow-up note as I’m taking down someone’s digits.  I try shoot a text to the person as soon as I get service and then throw away the napkin.

Here’s my challenge to you:

Try to leave your business cards at the hotel during pivotcon and the #techdrinkup after party. Connect with people only digitally.  And let me know what happens.

Michael Gold is a serial entrepreneur and startup mentor.  He is the host and producer of the #techdrinkup party and his latest company, Empirical.ly produces digitally-infused, experiential events for brands.