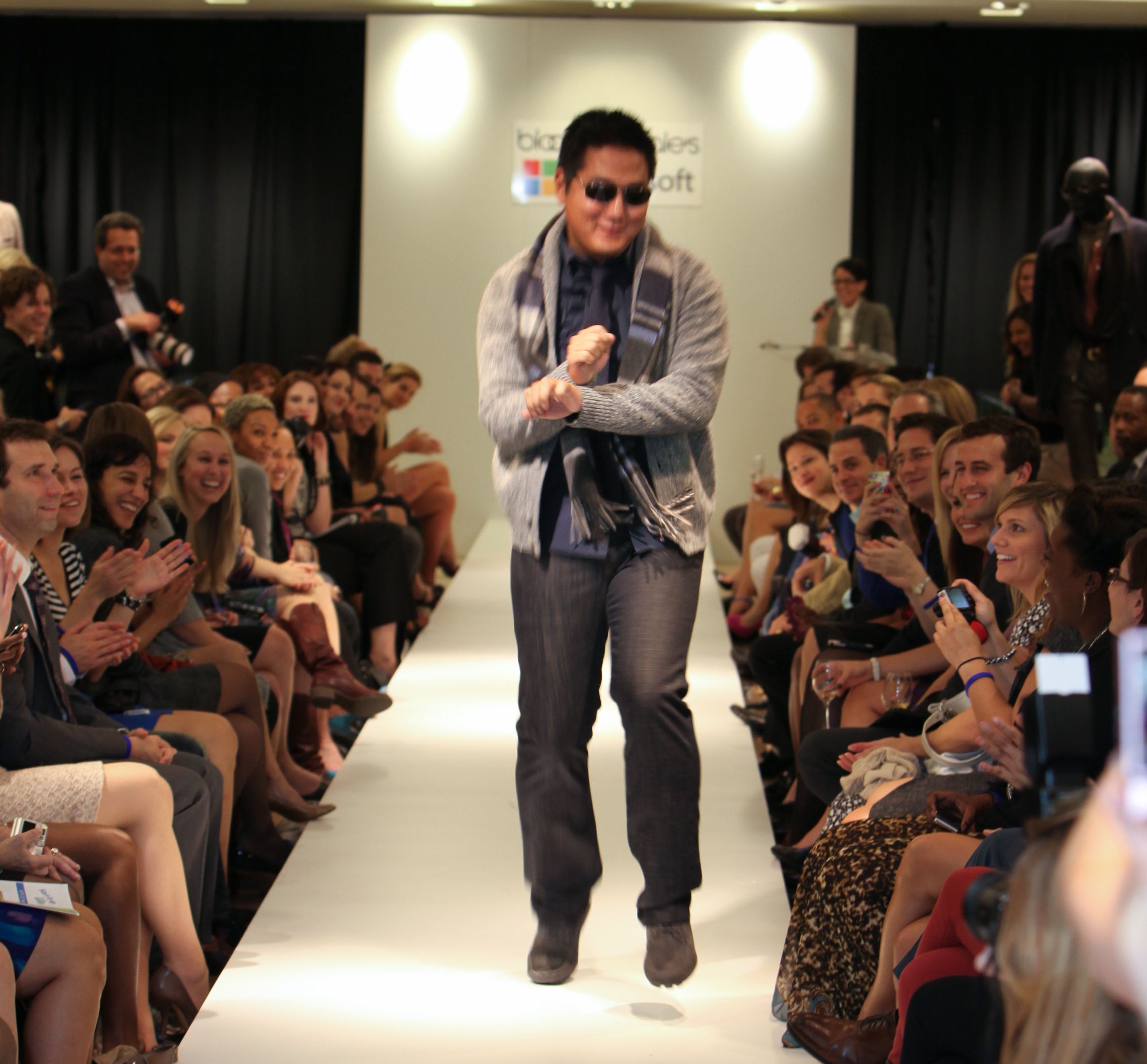 Adam Conner of Facebook dances “Gagnam Style” at the DC show in Fall 2012.

Have you ever made your Facebook profile pic a photo of you laughing with friends at a Microsoft event?

For most people the answer to this question would be “no.” However, a novel social engagement I began for Microsoft in 2010 named Geek 2 Chic has slowly but surely begun to change that answer to a resounding “yes” for a modest number of highly influential people.

You see, most large corporations think that talking about themselves and measuring how many hits a corporate blog post received or how many media outlets regurgitate the headline with a modicum of opinion attached is equivalent to “landing the message.” Sometimes it is, but in many cases it’s easy to overestimate its value. 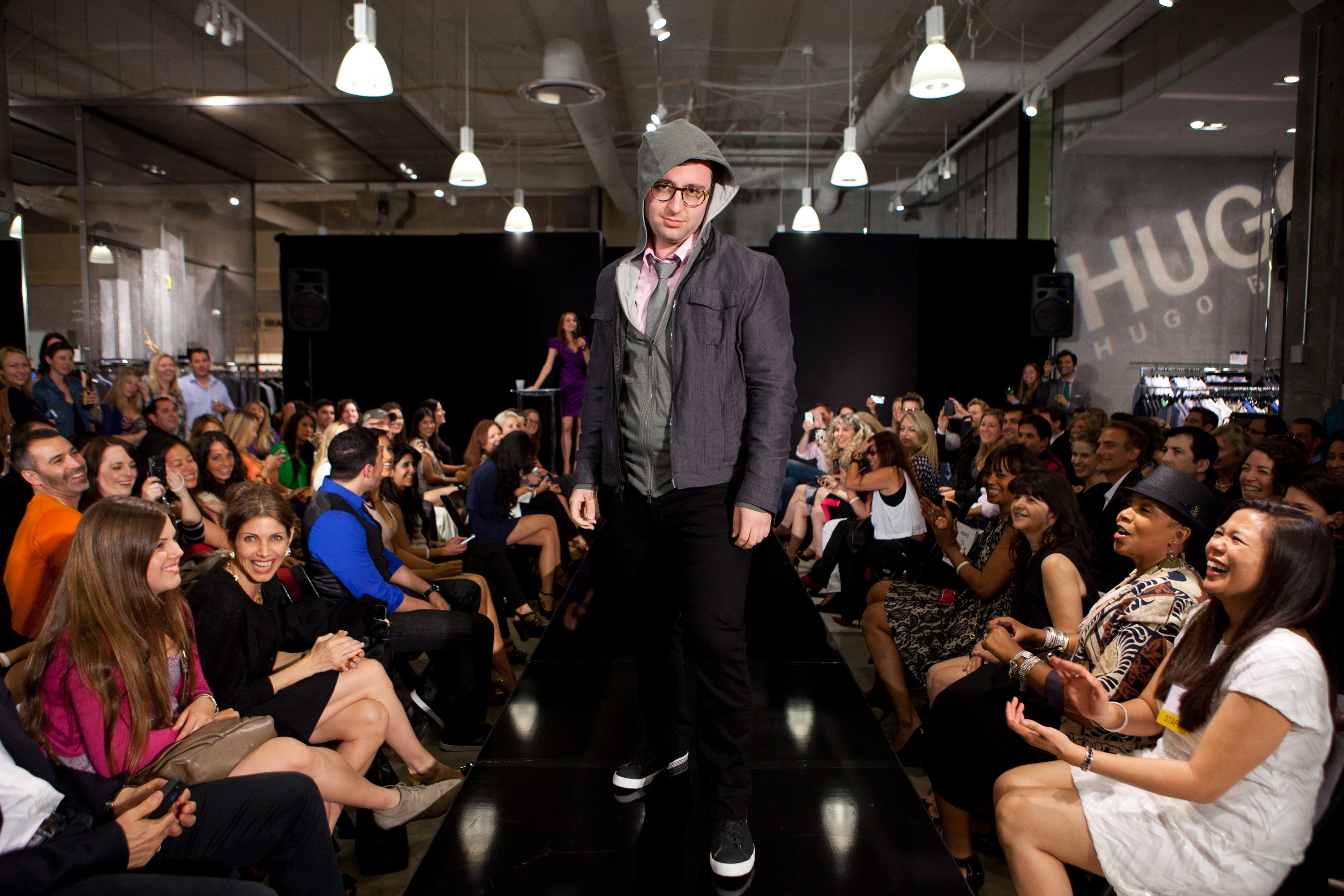 Eric Kuhn of United Talent Agency rocks the hoodie in a Spring 2012 show in Los Angeles.

The reason for this is that even people who see the IMPORTANT CORPORATE MESSAGE do not necessarily experience it – interactively, physically, or emotionally. Thus, there’s a good chance that they don’t retain it in a meaningful way. And therefore there’s a very good chance that they don’t share it by spreading authentic, personalized word-of-mouth to people who trust them.

Geek 2 Chic is a charity fashion series collaboration between Microsoft and Bloomingdale’s which raises money for and awareness of a wonderful nonprofit called the Network for Teaching Entrepreneurship, or NFTE, which provides mentoring and resources for at-risk youth to start their own businesses while they’re in high school. We produce a true fashion show, featuring high-end designers from Bloomingdale’s clothing racks, and we charge for tickets. But there are no professional models in our show; everyone on the catwalk is a “geek” representing big tech companies, hot new startups, government agencies, academic institutions, and more. 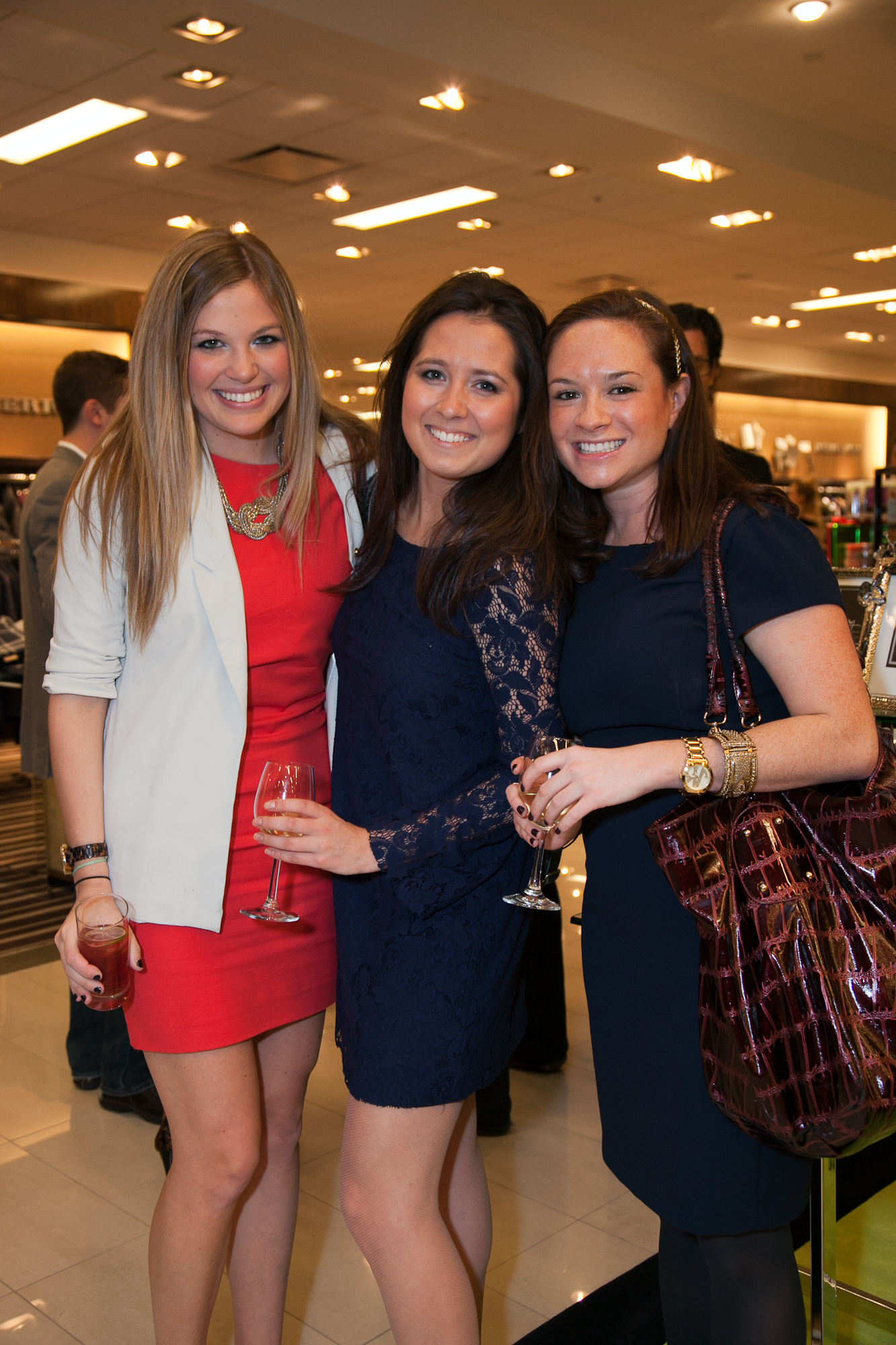 Our event is most likely the only time that these techies, scientists, and innovators will ever be on a catwalk, so people from the community come out to experience the event, see their friends and acquaintances, take photos, and share. Spouses, employees, and gawkers alike are not immune to the draw of seeing someone transformed from a hoodie-wearing programmer to a tuxedo-wearing stud for one night only. And what we’ve found in cities across the country – Washington DC, Chicago, Los Angeles – is that people in the geek community share photos from the events enthusiastically, on Twitter, Foursquare, Facebook, and Instagram. They tag them. They become Facebook profile photos, sometimes for months and even years.

Jabious Williams, a recent NFTE program recipient, walks the runway in a tuxedo

But while it’s tempting to point to a slide show on VanityFair.com, pat ourselves on the back, and conclude “we done good,” the real value is not the quantitative fact that we landed a headline in a particular publication, but the underlying qualitative story that the photos tell – people smiling, having fun, celebrating geek culture, highlighting a good cause. And the reason people far away from the cities where we actually do the events know about them is mainly because someone they know was tagged in an interesting photo on Facebook, not because they read a recap of the event on a fashion blog.

Think about it this way. Seeing a headline or a retweet or reading an article quickly forms a short-term memory in your brain: I am temporarily aware that something happened. After 20 minutes or so, you start to forget. Other information infiltrates your brain’s frontal lobe. The details of that headline suddenly…become…fuzzy.

Experiencing something remarkable, interactive and pleasurable, however, forms long-term memories, deeply implanted memories, things you think about while you’re sleeping, facts that literally rewire the neural connections in your brain resulting in a semi-permanent state of change. Microsoft could merely write blog posts about the opportunities we’re providing for youth around the world with our YouthSpark initiative, or about the support we provide for new startups with our BizSpark program, but events like Geek 2 Chic take the storytelling about these topics to a deeper, more meaningful and memorable level.

The next Geek 2 Chic show will be in San Francisco on May 15th. Tickets now on sale.