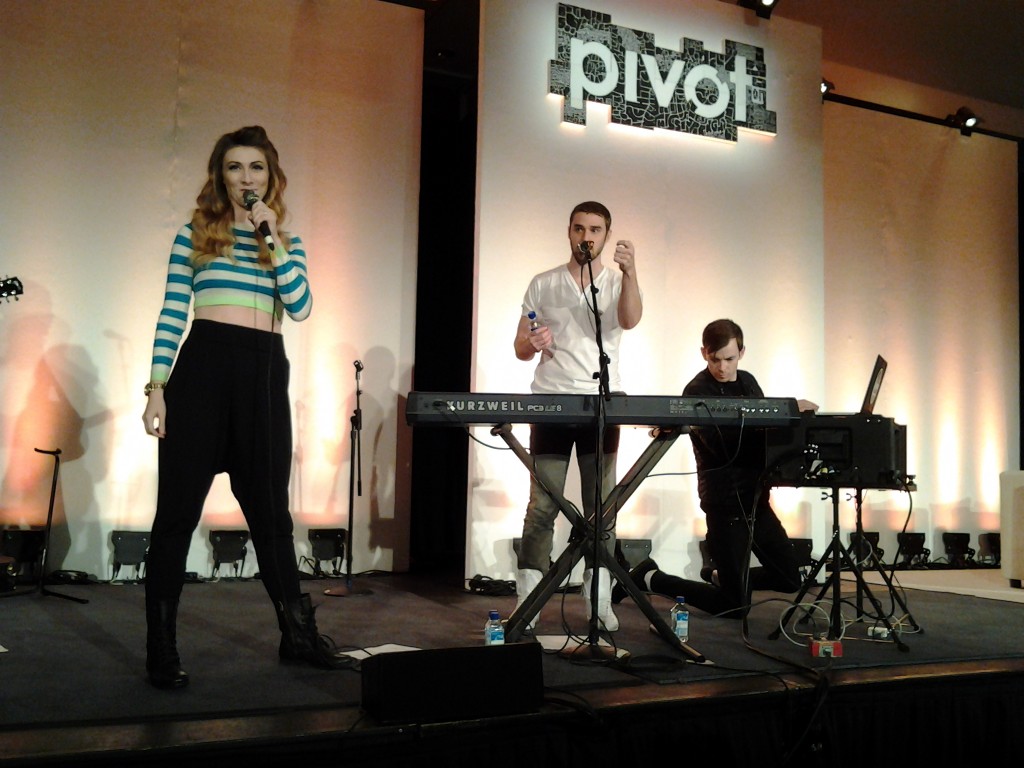 Not unlike 2011, Pivot Conference 2012 was jam-packed with vivacious speakers and more industry heavy-hitters than you’ll read about in Forbes. As my second year in attendance at Brian Solis’s Pivot Conference, I had the pleasure of seeing some old friends, some familiar faces and some bright-eyed newbies. Here is a recap of the 2012 Pivot Conference from Day 1, the afternoon addition. 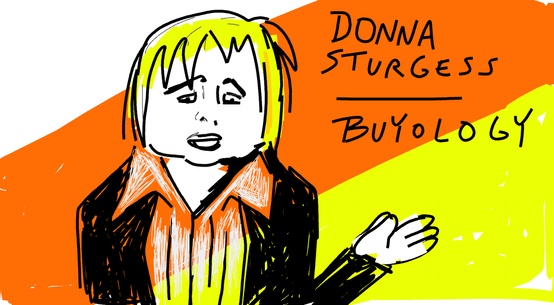 She Blinded Me with Social Science—The Roots of Social Emotion

Donna Sturgess, Co-Founder of Buyology, took the stage and shifted focus from “What is social?” to “What is cool in social?” Donna identified that cool is tied to our individual perceptions and intuition, making cool a belief that is unique to individuals. Sturgess and Buyology have found the following to be true about the concept of cool: it has a profound impact on brand favorability, it is relevant to everyone, cool brands have unique characteristic patterns and cool is more reliably measured through non-conscious methods. Sturgess identified some common characteristics of cool brands to include attractive, inspiring, authentic, unique, surprising, and so on. Additionally, the characteristics of cool are identified differently among the genders. In a nutshell, make sure your brand is social media equivalent of The Most Interesting Man in the World. 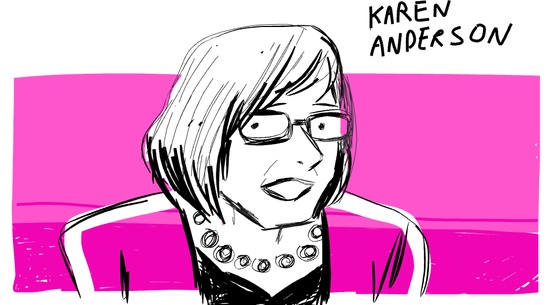 Kare Anderson identified a term called screen face: an increasing tendency for individuals to not show emotion in their facial expressions. Social cues—be it in-person or online—are important when getting our messages across effectively. According to Anderson, if we add a little oomph to how we communicate on social media, the emotion will be communicated to our audiences. Emotional IQ is an important trait of leadership and is even more important in the social media spectrum. There is a difference between hearing and listening—listening is proving to people that you have heard and understand what they are trying to communicate. In social media, using open-ended questions are important to creating meaningful engagement. 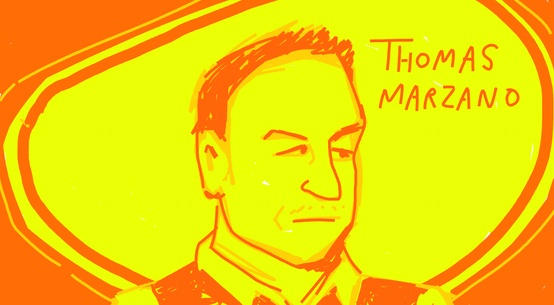 UX is the RX—Steering User Experience Toward Desirable Outcomes

According to Thomas Marzano, the user experience is every little touch point that a consumer has with a brand. These touch points can include a website, customer service representative, social media presence, etc. Your user’s experience should reflect the core of your company’s values. On a recent project, Philips created a positive experience around having an MRI. This included removing clutter and adding LED lighting to create a peaceful atmosphere during treatment. The purpose of this transition was to reduce anxiety in patients—particularly in children. Using the mantra healthcare is people care; Philips created a user experience that treated the subconscious of patients. According to Thomas Marzano, there is no one single owner of the user experience—everyone within an organization contributes to it. 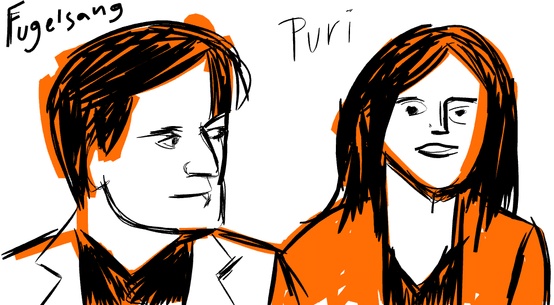 The Net Worth of Networks: Personal Influence and Social Power

Dr. Brent Ridge and actor John Fugelsang both use social media to rally for their respective causes. According Dr. Brent Ridge, the way to make an impact with facts is by making the data relatable. If you can tell a story instead of spit out data, you can gain support for your cause. According to Fugelsang, humor is another way to get people to appreciate your cause even if they don’t initially support it. Although celebrity can be overrated, having celebrity support for a cause can create a drastic reach and a larger circle of empathy. 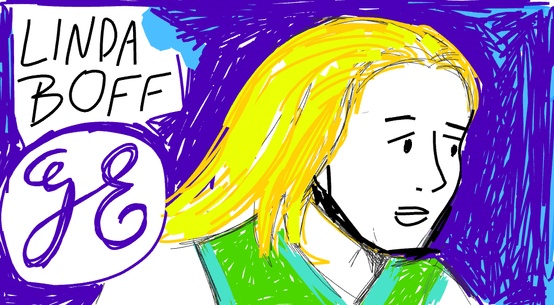 Linda Boff labels GE as the “oldest startup on the block,” or that the brand is known for invention and innovation. As Linda points out, GE is 130 years young. GE is constantly innovating and taking risks, proof that old brands can evolve and be agile in a changing market. An innovative brand, according to Boff, is innovative on innovative platforms. In other words, you can’t just show up in social media, you have to utilize it in a unique and revolutionary fashion. The definition of social media, even in brands, is to act as a person. As Brian Solis said, its not a matter of humanizing the brand, rather its about putting a human behind the brand. 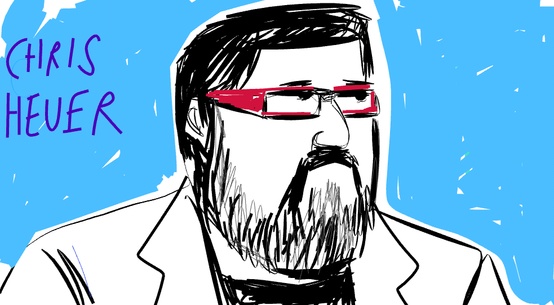 Friends with Benefits: The Complex Employee Relationship in the Social Era

Chris Heuer explained that employees already have a large stake in your company so they are natural diplomats. Companies should train their employees to speak to the brand and amplify the message. David Armano pointed out that there are three kinds of social media: internal to internal, internal to external and external to external. Phoebe Venkat highlighted that employees who want to come to work are already engaged and are a natural advocate for your business. Allowing these employees on social media during work hours will show trust and empower individuals. According to Chris Heuer, it’s every company’s job to give their employees the tools or training to make them great on social. For organizations, there is more perceived risk around social media than there is actual risk. 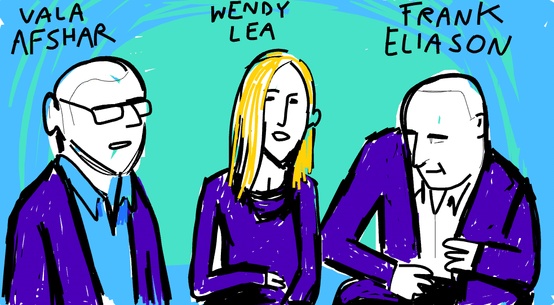 Customer Service is Not Marketing…But It Should Be Wendy Lea, CEO of Get Satisfaction

According to Wendy Lea, consumers want to connect with other consumers before they make a buying decision. Knowing that a company offers a positive buying experience helps to influence consumer decisions. This shift in consumer habits is something that companies have a responsibility to adapt to. According to Vala Afshar, having an active fan base on social media makes a brand more desirable. The difference between business of yesteryear and business now is that we used to name the faces behind the brand, says Frank Eliason. Now, we are beginning to transition back to this more personable way of doing business. 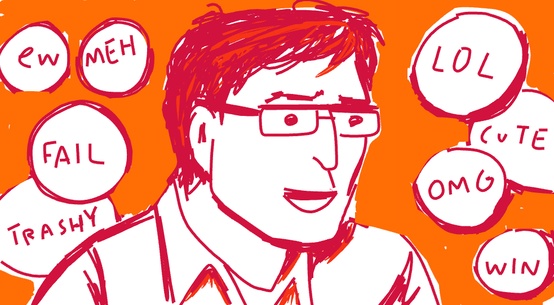 In an unexpected session, Martin Niesenholtz of The New York Times sat down with Jonah Peretti, the founder of BuzzFeed. As Jonah put it, the core of BuzzFeed is about publishing awesome content that people want to share. Jonah outlined his idea of platform specific advertising, highlighting that ads should be native to the site where they live. For example, a Tweet should be advertising standard for Twitter and a sponsored post should be the native advertisement for Facebook. Peretti veered away from sponsored banners on BuzzFeed as it felt unnatural and did not speak to the website’s audience. 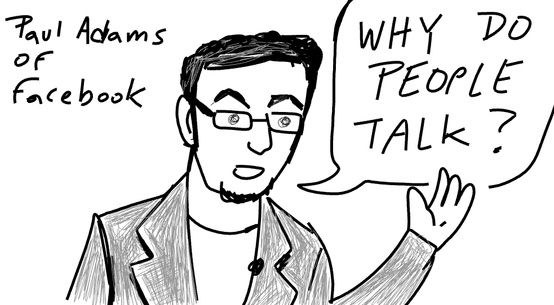 Thinking Outside In: A New Creative Canvas for Marketing

Paul Adams addressed the six principles for being social on Facebook. First, people don’t think about sharing—it’s a means to an end. Marketers should think about why do people talk—such as to communicate, to help others and to shape their personal brands. People build relationships through many lightweight interactions as opposed to one strong interaction. As Adams put it, people don’t fall in love overnight. When on Facebook, it’s important to design the feed story first—or a fan’s first impression of a story. If your feed story doesn’t tell your story well enough, the opportunity to go viral is minimized. Adams also stressed that 80% of a brand should be removed from a post, with only the necessary information put in a post. If you don’t ship—it doesn’t exist. In other words, you can’t get feedback on a product if it isn’t publicly available yet. Lastly, Adams stressed that once something has shipped you must change it. When there is a live beta available for a product, brands have the opportunity to improve based on real-time feedback.

Tim Reis, Head of Social and Mobile Americas at Google

A little over a year after Google Plus’s launch, Tim Reis discusses the status of the growing social network. According to Reis, G+ has 100 million active users in the social stream. Google is looking to advance to social networking 3.0 in which data about how we engage is incorporated into our web experience. Reis highlighted that Google Plus has not static in the stream, identifying that monetization occurs throughout other areas of the Google network. In other words, Google Plus data helps to support ads on Youtube, Gmail and search.

My personal highlight of the day was when musical group Karmin took the stage. As a fan, I love hearing how modern celebrities used social media to build their following as opposed to taking the traditional routes. Karmin got their start by creating eclectic and fun covers of popular songs. A common Youtube trend, cover songs can grow to be just as popular as the original rendition. Although Karmin used the intentional cover song strategy, their charisma and talent brought their popularity to the next level. How to be Black…and Prominent 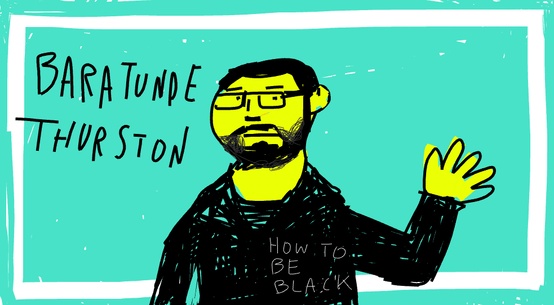 At the end of Day 1, Baratunde Thurston lightened up the mood highlighting some of his greatest contributions to The Onion and his book, How To Be Black. In a nutshell, Baratunde has built his career by being blunt and hilarious. One of my favorite parts of Baratunde’s speech is how he mocked the lessons taught by his predecessors throughout the days. What was most impressive is that Baratunde’s slide deck was a compilation of all of prior speeches, meaning that he spent the entire day preparing his presentation. All jokes aside, Baratunde’s anti-lesson today was to be yourself and someone is bound to like you. In his case, a lot of people like him.