According to PopCap, 120M people in the U.S. and U.K. play social games on a weekly basis, and about 81M play at least once per day. Our latest study, Social Consumers and Smartphones, also confirms increasing popularity, with 81 percent of respondents likely to play one or more social games. 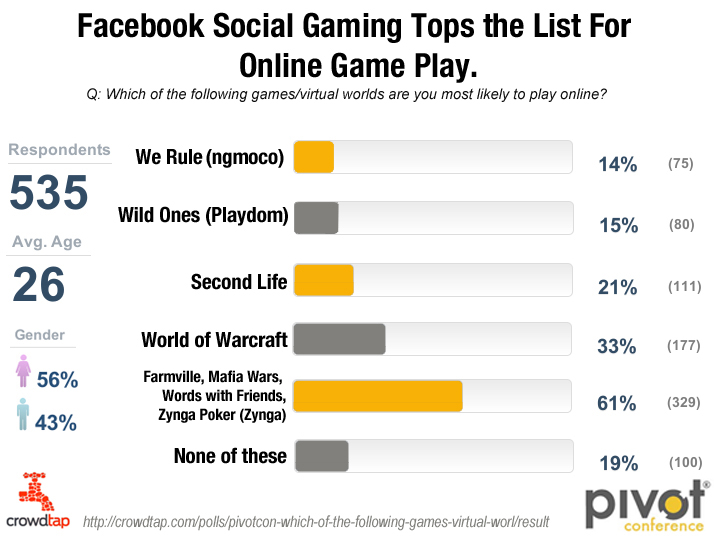 With the entry of Google+ into the market, Social Gaming is set for huge expansion in 2012. Though Google+ has a smaller audience, their 5 percent cut compared to Facebook’s 30 percent, gives developers incentive to opt-in for Google+ exclusivity. Just this month they launched their 3rd exclusive game “Pirates” in addition to Rovio’s Angry Birds and Kabam’s the Godfather.

Yet in a study we conducted last year, our research found only 2 percent of marketers have deployed a campaign on Zynga and a glaring 49 percent don’t intend to. 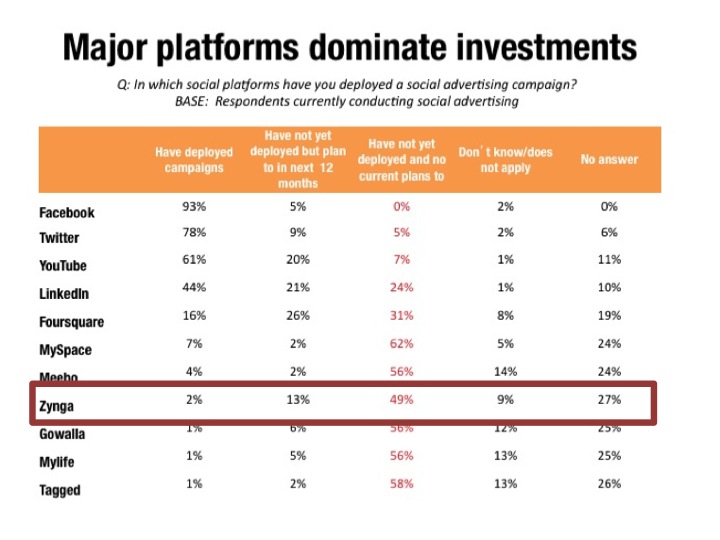 Brands and marketers who tap into this market can access highly engaged users in unprecedented ways.

Lindsey Port, Founder and CEO of GLO Gaming has made it her business (one that’ll profit $3M this year) to connect social games to big brands. While some companies have channeled into in-game product placement, Port takes it a step further offering in-game bonuses, virtual currency, and incentivized video. Her A-list client roster includes WalMart, Gatorade, Nickelodeon, and Microsoft.

SocialVibe, also known for creative integration with Facebook gaming, crafted unique campaigns for Toy Story 3 and Kia Motors in-game. For SocialVibe’s Toy Story 3 campaign, gamers were able to watch a trailer in Farmville and share their favorite childhood toy on their wall.

A study by SocialVibe found that 91 percent of people pay attention to a brand message packaged in incentivized engagements in social games vs. just idly watching video ads. The more interactive the integration, the more successful.

There exists a huge opportunity for marketers to be the first movers in this space. Stay tuned to learn how we’ll cover social gaming during our 2012 show, October 15th & 16th, 2012.