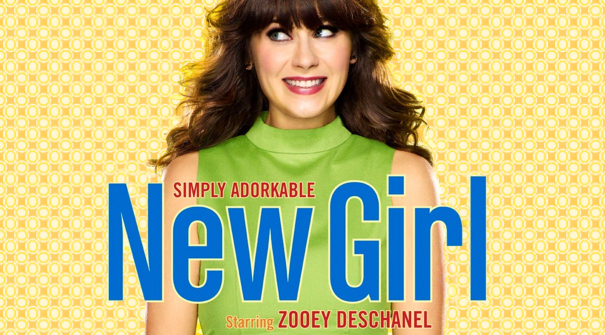 The largest advertising spend for most brands usually focuses on TV. Companies expend tremendous effort and risk large chunks of their marketing budget to make sure their on-air advertising buys deliver the most bang for their buck. Networks, meanwhile, are staking their reputation, and putting viewer patience on the line, everytime they greenlight a new show.

This process is risky for both advertisers and networks because the current decision-cycle model relies on traditional metrics (like gross rating points) and studies that are expensive, time consuming and not always unbiased. In short, TV placement decisions haven’t been made in real time.

With the emergence of social media we now have access to the world’s largest focus group. Through real-time audience analysis, marketers and content creators can understand the audience around a TV show before it premieres. 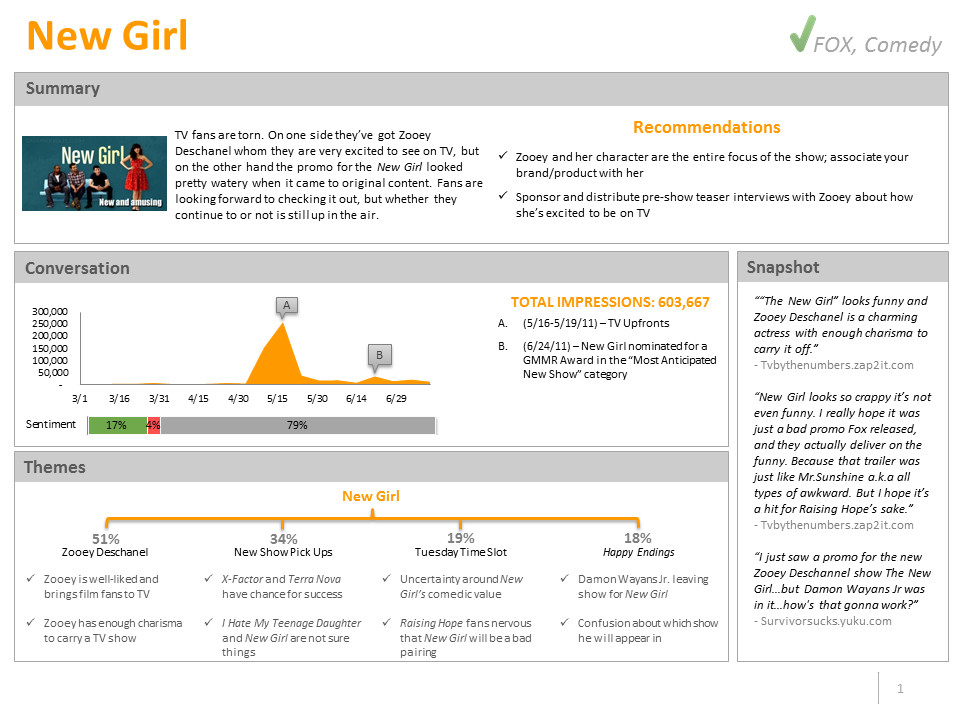 Last May, TV analysts at Networked Insights helped several clients leverage real-time data in both buying and selling negotiations. They started the process by using synonyms, or look-a-likes, to the proposed TV shows to understand what it was about a show’s content that the clients liked, how involved they were with that content, and, most importantly, who was engaging with that content. Because this data was collected in real time, clients had access to information the same day the new shows were officially announced.

Findings showed that “The Playboy Club” and “Allen Gregory” would fail and that “New Girl” was on the road to success. Compared to the show “Revenge’ which received 211,607 impressions, the New Girl achieved 603,667 throughout the social internet. The report looked at reservations and popular themes of the fans such as comedic potential, opinions of actors, and possible network conflicts. They were able to recommend a strong brand focus on Zooey Deschanel and a series of pre-release interviews with the actress to improve ratings.

With the next upfront season rapidly approaching, and the economic downturn still a factor, the need for more efficient media spending – and higher sales – has never been greater. Real-time analytics and the growth of social media help innovators gain a competitive edge and improve performance during their next negotiation process.

Jason Kapler is Marketing Director at Networked Insights. You can follow his tweets at @JasonKapler.