Facebook, Google, and NBC Universal to Speak at Pivot 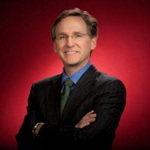 Pivot speakers are selected by Brian Solis as the most powerful, engaging and unique possible illuminators of Pivot’s theme of “From Social Brands to Social Business.”

“Pivot is a unique event,” Solis said. “It’s not a social media conference, nor is it merely another marketing event. Each year, we focus Pivot on the point of greatest concern and opportunity for brands and agencies in their development of responses to the Social revolution. Executives and market-making thinkers come together at Pivot to share what they have learned, why it’s important, and what to do about it. This isn’t just about having speakers talk to an audience; this is live community where everyone learns and shares all day over two days.”

More speakers and conference information will be announced in the coming weeks.  This year’s show will run out, purchase your tickets before it’s too late!

Who would you like to see speak at Pivot?  What topics are you most interested in?  Tweet us your ideas at @pivotcon and we may just use them!