In our latest infographic, clothing company Michael Kors received the highest number of fan posts per week as well as Fan Growth for top luxury brands. Beating out solid brands like Ralph Lauren, Burberry and Armani Michael Kors remains one of the most highly engaged luxury brands on Facebook.

But what’s the secret behind their sizzle? Here are our top 4 reasons why Kors is one such a Facebook pro:

Most brands offer their loyal Facebook fans an exclusive coupon here and there, but Michael Kors downright spoils their Fans with some of the most highly articulated exclusives around. Just this month they launched a campaign in honor of reaching 500M Facebook fans. Michael Kors released 500 limited-edition pairs of shoes for Facebook Fans only. Building an exclusive product line devoted to a single Social channel, is one of the many things that sets this company apart. 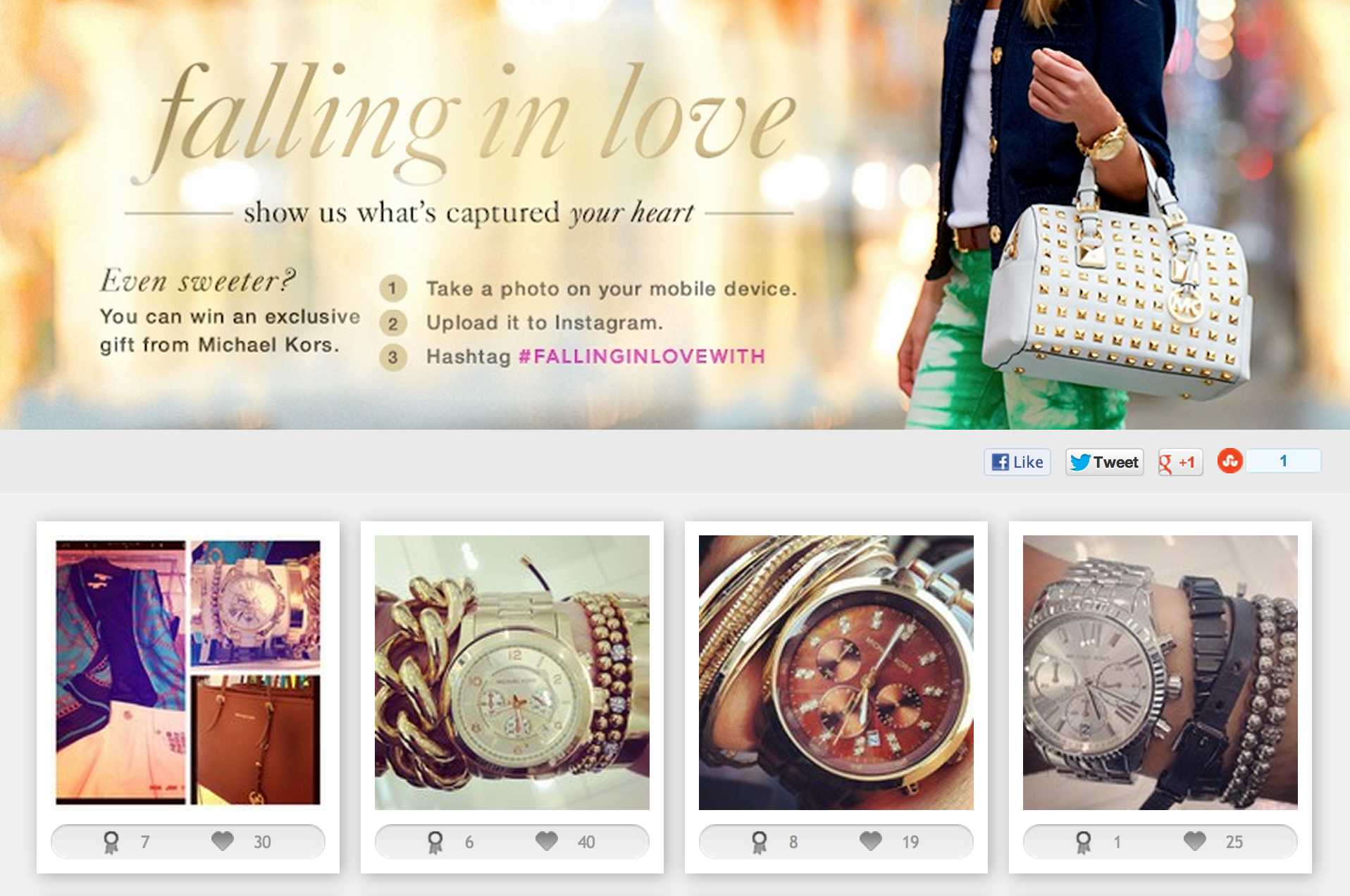 Some brands know Twitter, other’s are Instagram Rockstars. Michael Kors knows them all. For example, their February #FallingInLoveWith Campaign was a tribute to Valentine’s day and all that the their customers’ love. The campaign was centered around uploading photos of what they love to either Twitter, Facebook, or Instagram. In addition to the contest, the company featured tips in the company’s lookbook #FallingInLove page, specials on their destinationkors.com blog, and collaborated with Marie Claire and Neiman Marcus to produce a live Twitter Chat Series leading up to Valentine’s day. Multi-faceted and successful, this campaign saw almost 3,000 new followers per day.

3. They know where there fans are, and go there

Last year, Michael Kors launched a campaign called #MKTimeless targeting Instagram Fan Growth. While Twitter and Facebook reign supreme for Social campaigns, Instagram and Pinterest are gaining strong attention from Fashion brands due to their visual nature and strong female following (Instagram user base 70% female). Customers were challenged to take a photo of their favorite watch and post to Instagram. This two week contest saw major success, giving them a 50% increase in their Instagram fan base. 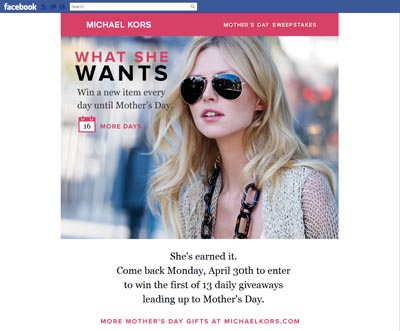 For Mother’s Day last year, Michael Kors released their first mobile-friendly Social campaign through a Facebook app. This campaign was advertised in part on window displays at select stores, emails, and other Social networks. While many brands are seeing mobile as an opportunity to sell, Michael Kors has positioned it as an opportunity for increased engagement.

Do you know of other brands with great Social strategies? What Social campaigns have caught your eye? Share them in the comments below or on twitter with hashtag #pivotcon.